— Written By John Cothren and last updated by JoAnne Gryder 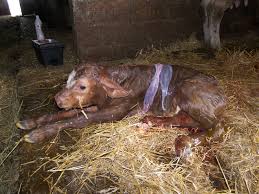 While it is well understood that genetic selection for birth weight is critical for a successful calving season, there are several factors, aside from genetic influence, that impact the birth weight of a calf.

While it is well understood that the dam and sire of a calf play a role in the genetically predicted birth weight of a calf, other factors do come into play. It is important to keep the other factors in mind that impact the birth weights of your calves to help ensure a successful and prosperous calving season.