Find this article at:
go.ncsu.edu/readext?362412
— Written By John Cothren and last updated by JoAnne Gryder

Over the next year, many livestock producers will need to become more familiar with their 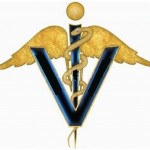 veterinarians. Or, if they don’t have a veterinarian, find one. The FDA’s Center for Veterinary Medicine (CVM) announced its highly anticipated Veterinary Feed Directive (VFD) rule, which places considerable emphasis on the Veterinarian-Client-Patient Relationship (VCPR).

The VFD rule will end over-the-counter (OTC) sales of medically important antimicrobial drugs intended for use in feed or water, placing their use under the supervision of a veterinarian within the context of a valid VCPR.

The FDA previously issued the proposed VFD rule in 2013, and at the same time published Guidance for Industry 213, which calls on drug manufacturers to voluntarily stop labeling medically important antimicrobials for performance use such as growth promotion. All of the affected makers of these drugs have committed in writing to comply with the guidance. The VFD rule and Guidance 213 serve as the cornerstones of FDA’s strategy to promote the judicious use of antimicrobials in food-producing animals.

Simply put, Guidance 213 puts an end to performance-enhancement uses of most feed-grade antimicrobials. Some of the same products however, are labeled for prevention or control of disease, and the VFD rule places those applications under the control of a licensed veterinarian.

The final rule specifies that copies of the VFD and records of the receipt and distribution of VFD feed must be kept for a period of two years. Veterinarians will issue three copies of the VFD: One for their own records, one for their client, and one to the client’s VFD feed distributor. The VFD includes information about the number and species of animals to receive feed containing one or more of the VFD drugs. FDA anticipates that about half of the food-animal industry will use electronic VFD generation and recordkeeping over the next three years.

FDA intends to use a phased enforcement strategy for implementation of the final rule as OTC drugs become VFD drugs. First, the agency plans to provide education and training for stakeholders such as veterinarians, producers, feed mills and other distributors. Over time, the FDA plans to engage in risk-based general surveillance, inspections and enforcement, and the rule spells out specific regulations for drug companies, veterinarians, distributors such as feed mills, and producers.

Labels for VFD drugs will include a cautionary statement saying “Federal law restricts medicated feed containing this veterinary feed directive (VFD) drug to use by or on the order of a licensed veterinarian.” The veterinarian cannot provide clients with VFD drugs without filing the VFD documents. Producers can feed the VFD drugs to animals only after receiving a lawful VFD issued by a licensed veterinarian. The client is obligated to use the VFD feed as indicated on the VFD and as specified on the product’s label. Also, the VFD feed cannot be fed to the animals after the expiration date of the VFD.
Bovine Veterinary