Early Embryonic Mortality (EEM) Needs to Be Addressed in a Cattle Operation!

Find this article at:
go.ncsu.edu/readext?386247
— Written By John Cothren and last updated by JoAnne Gryder 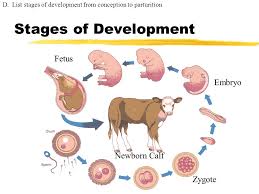 One of the biggest economic losses on a cow-calf operation is Early Embryonic Mortality, or EEM.

EEM is a term for when cows abort a pregnancy at a very early stage, namely before 42 days after conception. If we look at all the losses that occur during gestation in cattle, greater than 90% of these will be in the first 40 days. If we break this number down even further, at least 3/4 of these early abortions occur the first 17 days of pregnancy.

It varies from herd to herd and in regions around the country, but numerous studies have shown that over 90% of first estrous breeding’s, including AI services, will result in fertilization. Yet, we see only about 70% of these results in a live birth. So, across the industry, we are losing about 27% of our calves in the first 3-4 weeks after breeding.

If yours is like every other cattle herd in the US, then, yes, you do. What are some signs to look for? That is what makes seeing EEM so difficult. What is the biggest sign of a female that has had EEM? She is either open after the breeding season or she has moved herself “back” in the season by more that 3-4 weeks from the previous year. Ideally, we would like all of our cows to calve either at, or even a little before, her calving date from the previous year. If you have a cow that suddenly goes from the front of the season to the end the following year, there is a good chance she experienced an EEM event. If there is a silver lining with EEM, it is that it occurs so quickly, often a cow will be able to cycle again and conceive a few weeks later into the breeding season. What goes unsaid when this happens is you will lose 6-7 weeks growth (which could easily be more than $100) in this younger calf when it comes time to sell it. Also, you now have a cow that has worked herself to the end of the breeding season, so if she does have another EEM event in her life she will not have time to re-breed. This will leave you with a choice, sell her after you wean her calf or keep her around open for the next year.

Unfortunately, very little can be done to prevent EEM. The biggest occurrence in EEM is when an embryo has a defect and is unable to grow past a certain point. This is simply Mother Nature’s way of dealing with a problem.

Chromosomal defects, weak embryos or other fatal flaws in the embryo get ‘weeded out” in a hurry. After these unavoidable flaws however, there are a few issues we as managers can address.

Cattle that are in thin condition or are steadily losing weight at breeding are more susceptible to EEM. When cows are in poor nutrition, reproduction is one of the first body functions that shut down. Keeping your cows in a good body condition and feeding them adequately will help prevent this.

One factor in EEM that is well documented is avoiding heat stress in early-bred cattle. This can especially be an issue with Spring or Summer bred cattle. While we cannot keep it from being hot, we can avoid doing things like handling cattle mid-day or transporting cattle for long periods in the dead of summer.

If you have a cow-calf farm, then you will have some EEM issues to deal with. Just make sure you are doing what you can to keep this problem as small as possible.