Cows for the Future? Heifer Retention

Find this article at:
go.ncsu.edu/readext?414232
— Written By John Cothren and last updated by Sam Lusk

With most cow-calf producers weaning their fall calves, one question that always comes up is how many heifers should I keep as replacements? The first question I ask a farmer in this discussion is what are your farm goals? Trying to keep a specific number of cows on your farm takes planning out 2-3 years in the future. It also means having to make a decision on how many heifers you need to bring into the herd each year.

Regardless of your farm goals and how pinched you are for cow numbers, you need to start by having a minimum selection process to only keep heifers back that have a fighting chance of making a decent brood cow one day. The reason for this process is that retaining a heifer at weaning (and thus not marketing her per your normal channels) with the goal of breeding her is an expensive undertaking. If she does not breed initially, or does not have the physical capacity to breed back after her first calf, you will lose money on her. How much money varies from farm to farm, but for most operations any red in the ledger sheet is too much.

After sorting through the ones that are good enough to consider 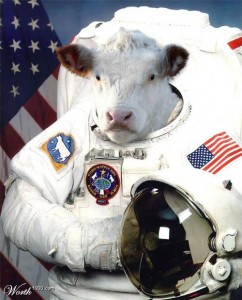 keeping, how many do I need to keep? One of the most frustrating aspects of being in the cow-calf business is the time and attrition involved in taking a young heifer and then making her into a good cow that will hopefully be in your herd for years to come. Similar to the process that the military uses in training elite soldiers, you’re not going to end up with the same number you start with. The old rule of thumb says that if you want 10 good cows in your pasture in a couple of years, you need to start off with at least 12-13 heifers.

Where will you lose these heifers along the way?

What do you do with these open cows? Most cattle farmers will tell you there is no decision to make, they get culled. Other farmers will argue that for the expense involved in getting them to this point, it is the lesser of two evils to consider keeping her around for the next year than restarting another 8 month-old heifer to replace her. I see both sides of the argument, and both have a point.